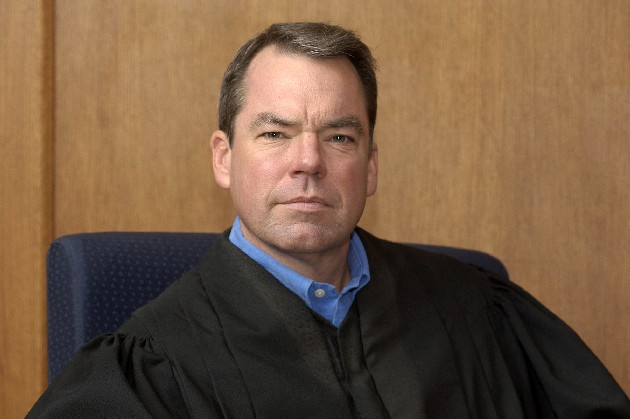 Brady v. Maryland, 373 U.S. 83 (1963) was a landmark United States Supreme Court case that established that the prosecution must turn over all evidence that might exonerate the defendant (exculpatory evidence) to the defense. The prosecution failed to do so for Brady and he was convicted. Brady challenged his conviction, arguing it had been contrary to the Due Process Clause of the Fourteenth Amendment to the United States Constitution.

Background
Maryland prosecuted John Leo Brady and a companion, Donald Boblit, for murder. Brady admitted being involved in the murder, but he claimed that Boblit had done the actual killing. The prosecution had withheld a written statement by Boblit, confessing that he had committed the act of killing by himself. The Maryland Court of Appeals had affirmed the conviction and remanded the case for a retrial only on the question of punishment.

Decision
The Supreme Court held that withholding exculpatory evidence violates due process “where the evidence is material either to guilt or to punishment.” The court determined that under Maryland law, the withheld evidence could not have exculpated the defendant but was material to his level of punishment. Thus, the Maryland Court of Appeals’ ruling was affirmed.

A defendant’s request for “Brady disclosure” refers to the holding of the Brady case, and the numerous state and federal cases that interpret its requirement that the prosecution disclose material exculpatory evidence to the defense. Exculpatory evidence is “material” if “there is a reasonable probability that his conviction or sentence would have been different had these materials been disclosed.” Brady evidence includes statements of witnesses or physical evidence that conflicts with the prosecution’s witnesses[3] and evidence that could allow the defense to impeach the credibility of a prosecution witness.

Aftermath
Police officers who have been dishonest are sometimes referred to as “Brady cops”. Because of the Brady ruling, prosecutors are required to notify defendants and their attorneys whenever a law enforcement official involved in their case has a confirmed record of knowingly lying in an official capacity. Police officers fear that prosecutors and police supervisors will use access to their personnel files to abuse the Brady-cop designation, by labeling officers as Brady cops in order to punish them outside of formal disciplinary channels and those channels’ attendant procedural protections.

Brady has become not only a matter of defendants’ due process trial rights, but also of police officers’ due process employment rights. Officers and their unions have used litigation, legislation, and informal political pressure to push back on Brady’s application to their personnel files. This conflict over Brady’s application has split the prosecution team, pitting prosecutors against police officers, and police management against police labor. Brady evidence also includes evidence material to credibility of a civilian witness, such as evidence of false statements by the witness or evidence that a witness was paid to act as an informant.